Quantitative suspension test for the evaluation of fungicidal or yeasticidal activity of chemical disinfectants and antiseptics used in food, industrial, domestic and institutional areas.

EN 1650 is a phase 2 step 1 suspension test for disinfectants intended for use in food, industrial, domestic and institutional areas. The test evaluates the efficacy of the product against fungi and yeasts.

Yeast and fungi occur naturally in the environment. Although many assume both microorganisms are the same, they are not. Fungus is a multi-celled microorganism that reproduces through spores. Yeast is a form of fungus but it is single-celled and it reproduces through mitosis. Mould is another form of fungi. Efficacy against mould is a mandatory requirement according to the European Norms.

The standard refers to the parameters to be observed when testing products for general disinfection in the food, industrial, domestic and institutional areas. This includes the test microorganism, test temperature, contact time and interfering substance.

Refer to the table below for the minimum and additional test conditions.

In a phase 2 step 1 suspension test, 8 parts of the test product is added to 1-part test microorganism and 1-part interfering substance. The mixture is allowed to interact for the duration of the contact time. One part of the mixture is added to 8 parts of neutralizer and 1-part water for 5 minutes to halt fungicidal or yeasticidal activity. The final mixture is then acquired and incubated for 3 days to allow surviving microorganism (if any) to proliferate. The colony is counted and compared against the original culture size. 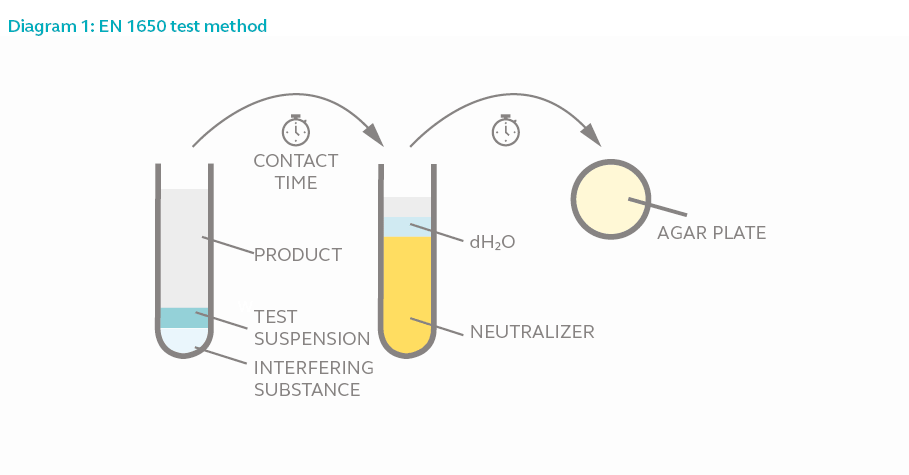 For a product to pass EN 1650, it must be able to achieve 4-log reduction against the respective test microorganisms listed in Table 1. In other words, the product must be able to kill 99.99% yeast or mould while meeting all the other requirements of the European standard. 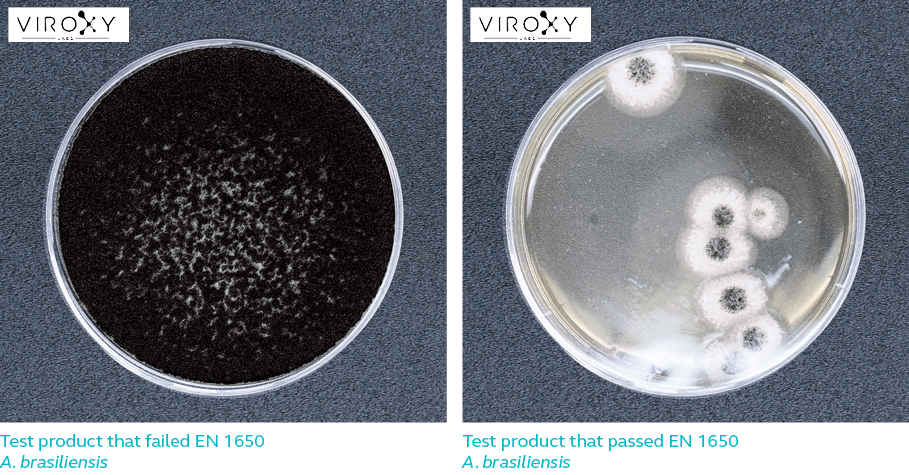