Viroxy takes a look at how disinfectant manufacturers can help parents prevent hand, foot and mouth disease from spreading. 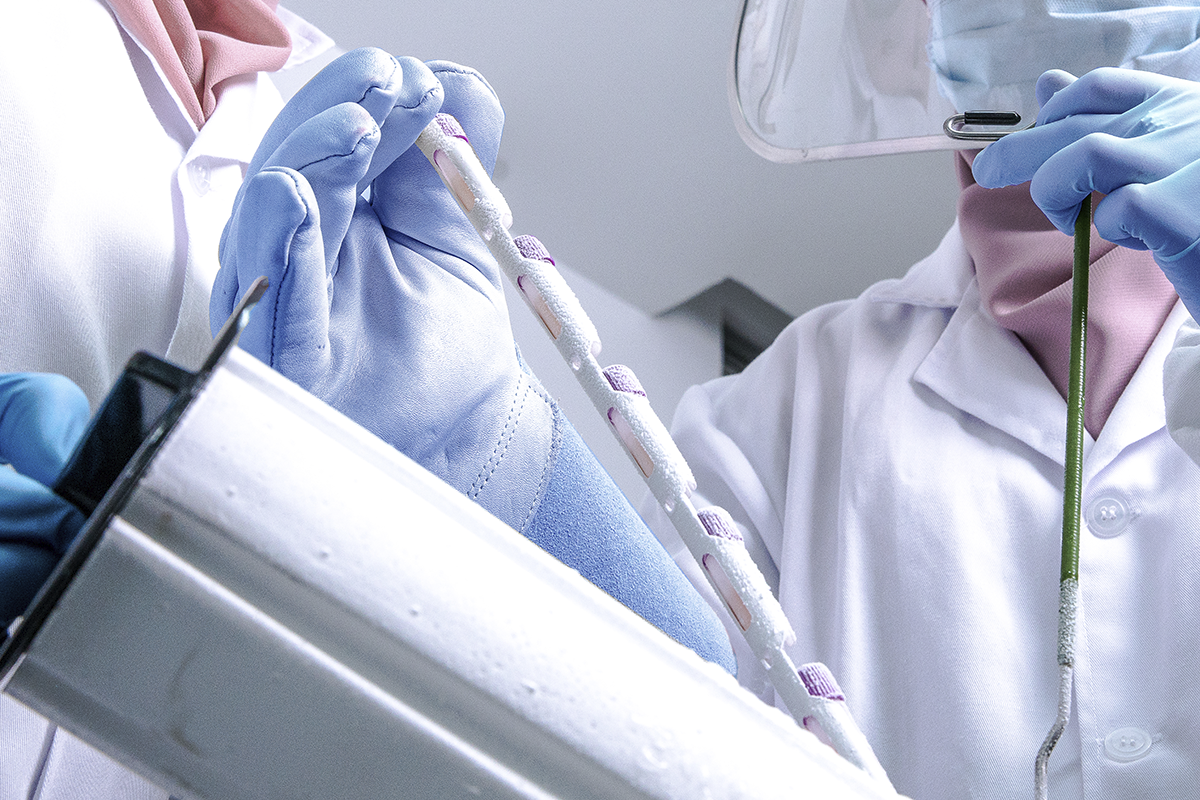 In 2012, a ‘mystery disease’ appeared in Cambodia killing most patients shortly after admission to hospital. The disease was later identified as hand, foot and mouth disease (HFMD), caused by enterovirus 71, a non-enveloped virus. Today, the disease is still prevalent among children but easily recognisable. Although outbreaks of HFMD occur every few years around the world, in tropical and subtropical countries, they occur year-round. Since the late 1990s, the number of cases has increased in Asia which is a cause for concern.

According to the World Health Organization (WHO), a total of 377 629 HFMD cases were reported between 1 and 31 July 2018 in China, resulting in 4 deaths. In Malaysia where Viroxy is based, the Malaysian health officials reported 27,296 cases as of June 2018 compared to just 21,303 in the same period in 2017. Elsewhere, sporadic outbreaks have been reported from time to time.

HFMD is caused by viruses in the enterovirus group which include poliovirus, coxsackievirus and echovirus. Two specific viruses however, are responsible for HFMD and they are enterovirus 71 (EV71) and coxsackievirus A16 (CA16). Infections caused by CA16 are typically self-limiting, but infections caused by EV71 might lead to serious complications resulting in death. Transmission occurs through cough, sneeze or direct contact with an infected person’s blister fluid or faeces.

HFMD commonly affects infants and children in schools, child cares centre and nurseries. Fever is usually the first symptom, lasting 24-48 hours followed by sores in the mouth, rash or blisters on hands, feet and buttocks. In some, it may cause diarrhoea and neurological diseases. Adults can pass the virus to others without showing any symptoms.

There is no treatment for HFMD and most patients recover fully after an acute illness within 7 to 10 days without medical intervention. However, to relieve pain and fever, patients are prescribed acetaminophen or ibuprofen. HFMD caused by EV71 however, may potentially lead to complications including neurological, cardiovascular and respiratory problems. Some cases prove to be fatal.

The risk of infection can be reduced by following Centers for Disease Control and Prevention’s (CDC) guidelines:

Now we know all the pertinent details of HFMD, let's explore how this domestic problem is connected to you as a disinfectant manufacturer. True, the issue may be of more concern to parents with young children and infants, but it is more relevant to you than you think. And no, we are not appealing to you to develop a special anti-HFMD product. The clue lies in points 2 and 3 in CDC’s guidelines.

Parents with little knowledge in infection control may assume every hand sanitiser and spray disinfectant available in pharmacies is effective against enterovirus 71 and coxsackievirus A16. But as infection control experts, we know there are several salient points to observe where disinfectants are concerned:

The short answers to the questions are no and yes respectively. The long answer requires us to turn to the all-important EN 14885:2018. According to this European standard, the virucidal activity of hands and surface disinfectants can be tested according to EN 14476:2013+A2:2019. EN 14476 lists the following obligatory test viruses in determining the virucidal activity of a disinfectant used in the medical area:

Note however that EV71 and CA16 are not obligatory strains listed in EN 14476. So, does a positive EN 14476 test result against adenovirus, norovirus and poliovirus mean that the manufacturer can claim the product to be effective against HFMD? The answer is a confusing yes and no but there is an explanation for both.

Yes, the claim is possible: Poliovirus, which is the most resistant among non-enveloped viruses, also belongs to the Enterovirus genus of the Picornaviridae family. This is the same genus as EV71 and CA16. Therefore, technically, a disinfectant tested effective against poliovirus is capable of inactivating both EV71 and CA16. But is this always the case in reality? We can’t tell for sure. Other test methods such as RKI guidelines stretch beyond EN 14476 and include Polyomavirus SV40, another non-enveloped virus to increase the likelihood of the product in inactivating all viruses.

No, the claim would not pass muster: The fact remains that the claim is merely a blanket statement and the product is not proven effective against the two specific microorganisms. We always recommend our clients to test the virucidal capability of a disinfectant with the actual strain(s) when striving for specific claims such as anti-HFMD. An actual test will provide manufacturers the scientific evidence needed to support and back your claims.

We hope the above clarifies some of the vague areas surrounding the issue and provide you the impetus to test your existing products for virucidal activity to prevent the spread of HFMD. EV71 is one of the strains among 164 microorganisms now available at Viroxy for all your testing needs.